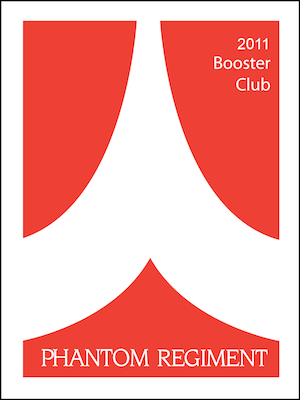 The entire Phantom Regiment organization would like to thank all of its donors for their generous gifts and support. Every dollar is critical and every contributor like you is the reason we are able to continue to provide a life-changing experience for our students as well as an entertaining show to our fans.

Thank you for your continued support!

Note: Booster members highlighted in bold have increased their contribution from last year;

denotes alumni. If we have listed you incorrectly, please contact us at prinfo@regiment.org so we may correct it.

John Brazale was an instructor/designer with the Phantom Regiment from 1975 through 1992. He was instrumental in the visual success of the corps during those times. He became known for his color guards precision and excellence. Later, he became the Regiment’s drill designer where he created innovative, dynamic and very entreating visual productions.

John was inducted into the Drum Corps International Hall of Fame in 1994.

The newly named award, John Brazale Best Visual Performance Award, will be presented for the first time at the 2012 DCI World Championships. The other awards are:

You can read more about John’s contributions to the Regiment and the activity here.

For more information about the other awards created and renamed at the DCI annual meetings, read here.

read more
AdminDCI award to be renamed after John Brazale01.23.2012

The Phantom Regiment would like to congratulate Mike Robinson who was named the Citizen of the Year at the Rockford Chamber of Commerce annual dinner Thursday January 19, 2012.

Of the many things Mike does for the community, we are lucky and proud to have him as our announcer at all of our local events. Mike is the familiar voice you hear at our Music in the Park; Dress Rehearsal; Show of Shows; and Music on the Border (Paddock Lake, WI).

Congrats to Rockford’s Citizen of the Year! We are very proud of you Mike!!

(See the right sidebar article for more on Mike’s award.

read more
AdminCongrats to Mike Robinson – Citizen of the Year01.20.2012

We’re happy to announce a brand new shopping experience for our online store. PLUS – you won’t want to miss the great Deal of the Day!

Our store has been upgraded to provide you with a much more enjoyable and easier shopping experience.

Besides the new store – you do not want to miss the Deal of the Day!

There’s also a mobile version of the store as well! So whether you’re on a computer or on your phone, we have a shopping experienced designed with you in mind!

Check out the new store at the same location – shop.regiment.org.