2018 DCI Championships: Everything You Need to Know!

Welcome to your one-stop for everything you need to know about Championships Week! Read on for information on Tickets, Hotel Rooms, Banquet, Events, Parties, and MORE as the 2018 Phantom Regiment heads to Indianapolis, Indiana for the 2018 DCI World Championships. 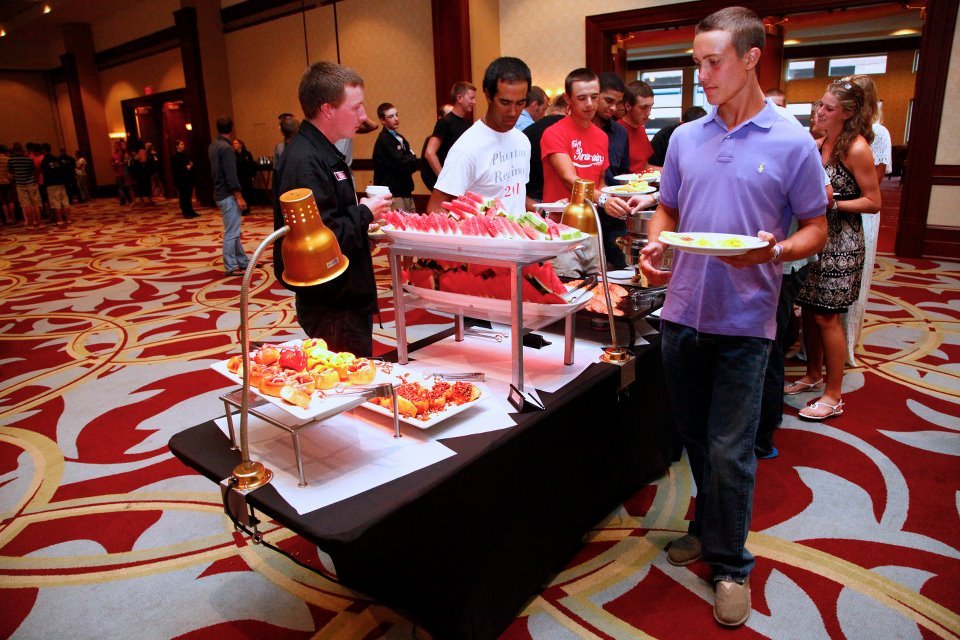 Join us for the Phantom Regiment end of season Celebration Brunch held on the Sunday of Championships week. Celebrate the 2018 season with the members, staff, and volunteers that made “This New World” happen.

The banquet is open to family, friends, fans & donors of the Phantom Regiment. The banquet will include: brunch; photo slideshows; a guest speaker; video recap; age out awards; & presentation of the Mark Glasscoe Member of the Year award.

About: Family & friends (which includes phans) are invited to attend rehearsal and a special performance of the 2018 production of “This New World”! Campus will close promptly at 11pm.

About: Kicking off World Championship celebrations in downtown Indianapolis, this annual party will include a special recognition of the newly inducted DCI Hall of Fame Class of 2018, live music, raffles, auctions and other entertainment to keep the festivities running late into the night. Proceeds will benefit various Hall of Fame projects, one of which is the Jim Jones Leadership Scholarship Fund.

*The event will include a tribute to Dr. Dan Richardson, a DCI and Phantom Regiment Hall of Fame member who passed away in January of 2018.

About: Come see your favorite corps warming up at historic Military Park before their competitive Prelims performances. A 14-acre green space bordering the campus of IUPUI, Military Park is a little less than a mile from Lucas Oil Stadium.

About: 2018 marks the milestone 10th anniversary of World Championship events at Lucas Oil Stadium. In addition to the performances of World Class groups, Open Class corps will also compete at this all-day event that will feature a total of 40 corps. Also look for special performances at the top of the event by the FREE Players Drum Corps and at the end of the night by the Calgary Stampede Showband.

About: If you can’t make it to Lucas Oil Stadium, you can still take part in the World Championships excitement. “Big, Loud & Live 15” will bring the complete performances of the top-15 corps live to select movie theaters nationwide.

About: Join the parents of current Phantom Regiment marching members for brunch! This is a great time to meet or reconnect some of the other parents.

IN STEP: Women of DCI

About: The IN STEP: Women of DCI committee, which focuses on the advancement of women in the drum corps activity, will host this first-ever gathering as part of the DCI World Championships Week festivities. Register to become a part of the initiative and be sure to sign the Women of DCI banner and pick up a button/cling to show your support. Several women of distinction within the drum corps activity will be in attendance including Marlene Miller, CEO/founder of Fred J. Miller, Inc., and Kathy Black, who serves as the chair of the DCI board of directors.

About: Come see your favorite corps warming up at historic Military Park before their competitive Prelims performances. A 14-acre green space bordering the campus of IUPUI, Military Park is a little less than a mile from Lucas Oil Stadium.

About: The World Championship Semifinals features DCI’s top-25 corps as determined by Thursday’s Prelims event. These corps will duke it out for a spot in the coveted “Top 12,” giving them one more chance to perform on Saturday. Look for a special encore performance at the end of the event by the FREE Players Drum Corps, a group from Old Bethpage, New York making its World Championship debut.

About: With the help of the U.S. Army Bands, Drum Corps International honors the graduating class of 2018 — corps members who have dedicated their time, passion and hard work to the drum corps activity over many years. 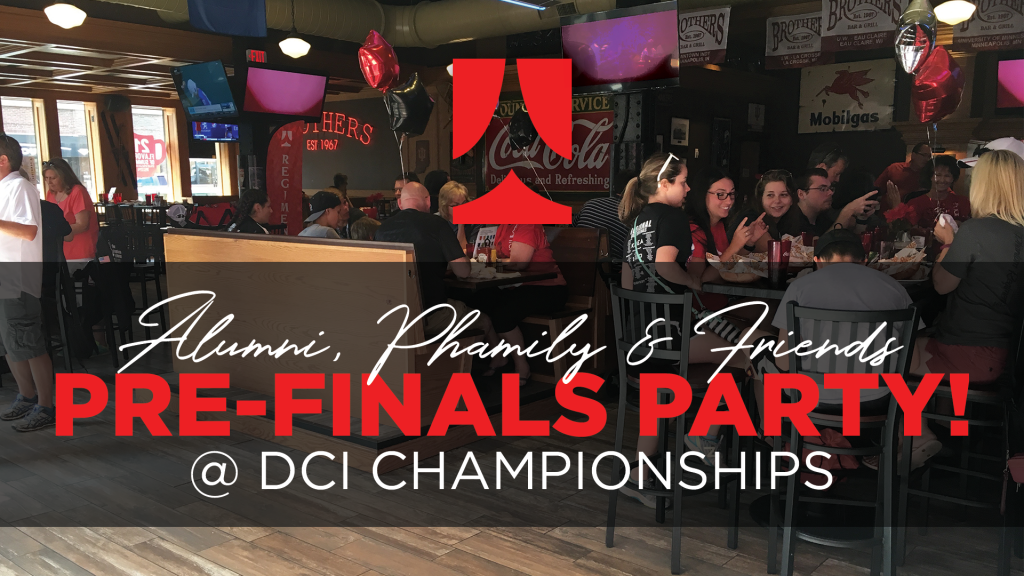 Grab a drink and some FREE food before heading over to Lucas Oil Stadium for Championship Finals. Children, families, alumni & friends are invited to connect, share stories, and more! We’ll be raffling off PR merchandise and the PRAA will have some super soft, vintage style PR shirts for sale.

About: The top-12 drum corps will compete for the last time in 2018 for the chance to be named World Champion and to affix their corps’ name to the DCI Founders Trophy.

Snack & Final Dismissal for the year!

After the finale on Saturday night, members will be dismissed from the parking lot for the last time. Members are not allowed to leave until all equipment and uniforms are checked in. Phantom Regiment will provide a HUGE buffet snack for all in the parking lot. Buses will be provided for any members who need to go to the airport, taking off around 1am. (There is no housing provided after DCI Championship Finals).