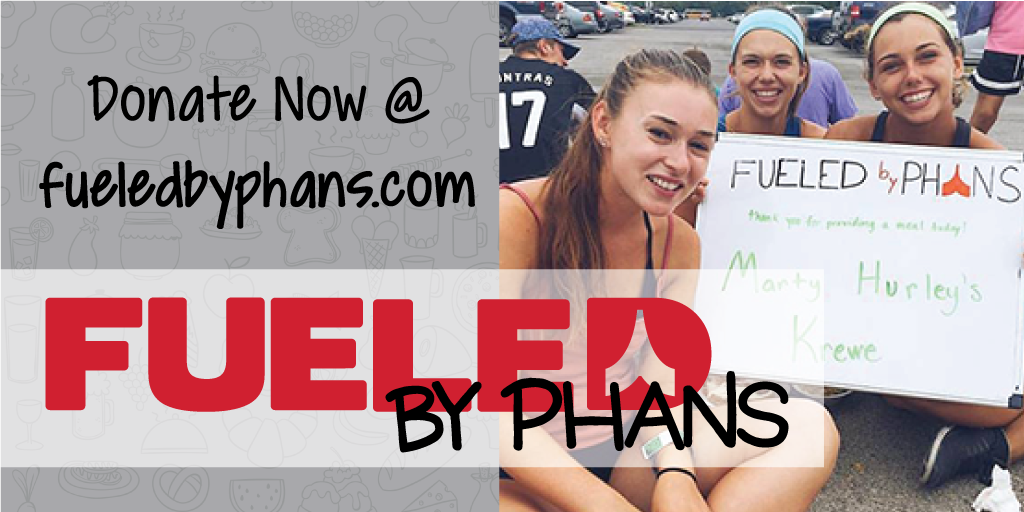 With less than one month left in the 2018 season, our annual “Fueled by Phans” campaign is over halfway to our goal of $33,000 in meals sponsorships!

But, did you know that Phantom Regiment spends over $100,000 providing healthy meals for members, staff, and volunteers every year?

There’s still time to ensure that each member’s life-changing performing arts experience includes nutritious meals by sponsoring a meal during the 2018 season!

As a thank you for your sponsorship, we will list YOUR name on the food truck menu for the day! We’ll even send out a special “thank you” post on our social media channels to let all our Phans how grateful we are for your support of Phantom Regiment. We also invite you to join us at the food truck to share your sponsored meal with the members, if you can!

NEW FOR 2018: Get your entire “phamily” in on the fun with a Fueled by Phans Team! Check out the existing teams and add your donation to the cause. Or, create your own team to collect smaller donations from family, friends, or fellow alumni and sponsor a meal together!

Phantom Regiment is pleased to announce three inductees to its Hall of Fame Class of 2018.

Cindi Baumgartner, Bill Riebock, and Becky Nelson were selected from a pool of outstanding nominations and will be honored during a ceremony Oct. 13 in Loves Park. They become the 39th, 40th and 41st members of the Phantom Regiment Hall of Fame. 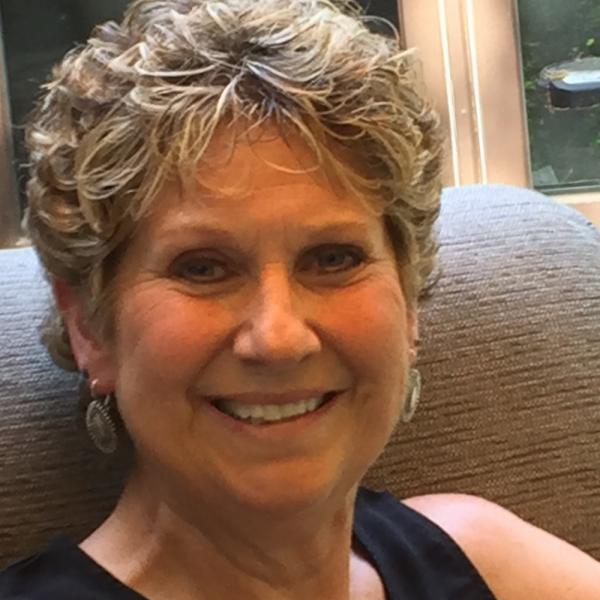 CINDI BAUMGARTNER, who was nominated by Brandy Dubose, was a marching member of Phantom Regiment from 1971-78 and then a staff member from 1979-81 and again from 1987-94. She served as color guard caption head from 1989-94. Cindi was a key member of the staff in 1988, when the guard earned top honors at the DCI World Championships, as well as a member of the winter guard staff in 1979 and 1980 when it won the WGI championship both years.

In her nomination letter, Brandy said Cindi “paved the way for other women in the activity to hold such a high position on the color guard staff during her time at Regiment.”

Letters of support for Brandy’s nomination were written by Tracy Fritzsching and Julie Chapman.

Cindi was honored with Phantom Regiment’s Chevron Award in 1994 for her contributions to the organization.

In her professional life, Cindi is a dental hygienist in Rockford. 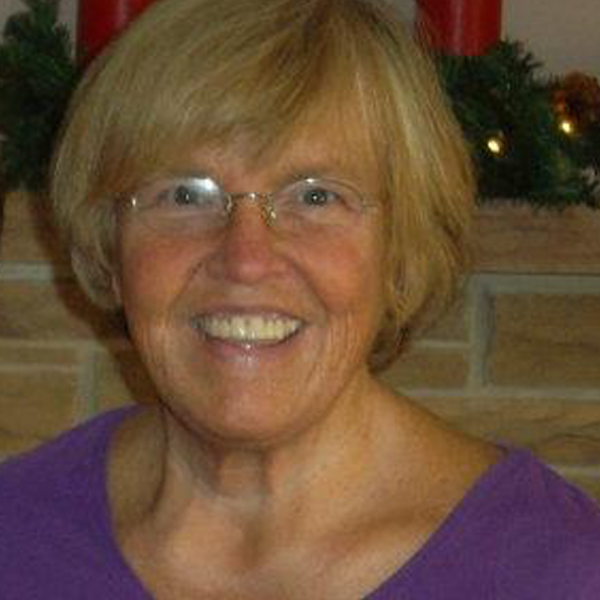 BECKY NELSON, who was nominated by Jason Horvath, has been involved as a Phantom Regiment volunteer for 37 years, many of those years as the leader of the corps’ outstanding food program. She is a familiar face to everyone on the road with the corps as she serves four meals a day to nearly 200 people.

She was a part of the team in 1988 that built Phantom Regiment’s first kitchen trailer, which was one of the best in the activity and continues to service the corps to this day.

In his nomination letter, Jason said Becky “has put her heart and soul into providing for the members and staff for so many years and loves the members, staff and the corps as a whole tremendously.”

Letters of support for Jason’s nomination were written by Naomi Piatek and Linda Riebock.

Becky was honored with the organization’s Chevron Award for meritorious service in 2004.

In her non-drum corps life, Becky is a school teacher in Rockford. 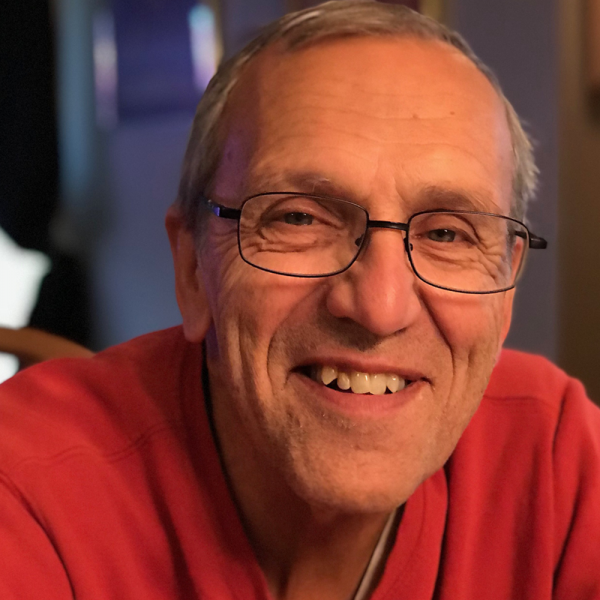 BILL RIEBOCK, who was nominated by John Baumgartner, has been a volunteer for the organization for more than 30 years, beginning when he was the parent of members in the Phantom Regiment Cadets. He served as corps director in 1998 and has been a tour director, assistant director of Phantom Regiment Cadets and a board member, but it is his positive demeanor, can-do spirit and willingness to help whenever needed that earned him a place in the hall of fame.

In his nomination letter, John said of Bill: “He is an ambassador of the organization. He always holds out a welcoming hand to our members’ parents and new volunteers. He is friendly, outgoing and has made many newcomers feel welcome. He is recognized in the activity and presents a positive image of the Phantom Regiment organization.”

Letters of support for John’s nomination were written by Joe Taylor and Dan Farrell.

Bill was honored with the organization’s Chevron Award for meritorious service in 1997.

A longtime draftsman, Bill recently retired as an occupational safety and health manager. He now works part-time for a metal finishing shop in Rockford.

Phantom Regiment invites alumni, family, and friends to attend a Celebration of Life in honor of Dr. Dan Richardson, who passed away in January of 2018, on July 6 at the Show of Shows Drum Corps Competition at Boylan High School in Rockford, IL.

Guests are invited to view photos, share stories, and listen to a memorial performance of Amazing Grace (a favorite of Dr. Dan) by the 2018 Phantom Regiment Drum Corps.

The celebration is free of charge and open to the public. 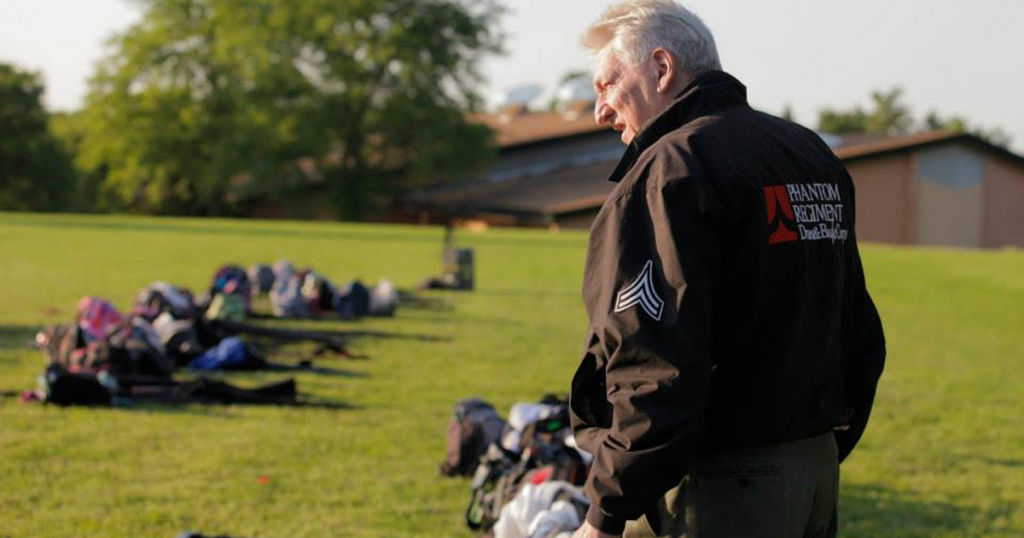