Phantom Regiment is pleased to announce the members of its 2020 design and instructional leadership teams – and they include several familiar faces.

David Warren, who joined the team this past spring as corps manager, adds staff coordinator responsibilities to his role.

“I’m very excited about this team and what they will bring to Phantom Regiment!” said Rick Valenzuela, who is entering his 14th year as executive director. “All of them have a prior connection with the Phantom Regiment and, with that connection, comes their passion for the Regiment. That passion will undoubtedly be evident in the next evolution of the Phantom Regiment in 2020 and beyond.” 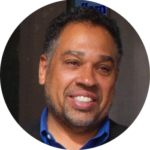 Hall, who was elected to the Phantom Regiment Hall of Fame earlier this year and will be officially inducted Oct. 12, has been involved with the design team on and off since 1993. He was the drill designer in 1993, ’94 and ’99, and he had consulting roles in many other years, including the championship years of 1996 and 2008. He and wife Mamie, who is a Phantom Regiment color guard alumna, live in Denver. 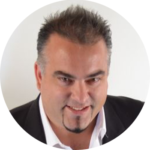 Shaw was Phantom Regiment’s brass arranger 2002-11. He then spent the next 8 years as brass arranger for the Santa Clara Vanguard. He has also arranged for Boston Crusaders and Academy. Shaw is a mellophone alumnus of the corps (’90, ’91). He is an associate professor of horn at University of South Carolina in Columbia, S.C. He was formerly the French hornist, music arranger, creative director and co-owner of the internationally acclaimed brass quintet, Boston Brass. 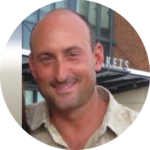 Sage was the corps’ guard designer and caption head 2005-08 and has worked with several corps since, including Santa Clara Vanguard, Carolina Crown, Boston Crusaders, The Cadets and Madison Scouts. Sage has extensive winter guard experience as an instructor, designer and director with myriad groups, particularly in the Southeast. He is a third-grade teacher in Parkland, Fla. 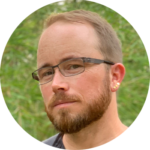 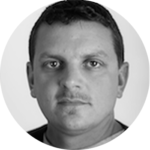 Ferguson is entering his sixth season with Phantom Regiment. Prior to his tenure with Regiment, he was the percussion arranger for Glassmen. Additionally, Ferguson is an active adjudicator and clinician in the activity. He is director and program coordinator of Matrix Performing Arts in Akron, Ohio, and has been the music designer for Matrix Percussion since its inception in 1999. He lives in Cuyahoga Falls, Ohio.

In addition to Ferguson, also returning as caption heads for the 2020 season are Stephanie Chavez and Sheldon Apo (color guard) and Brad Toth (brass). Returning to the corps in new roles for 2020 are the visual caption head team of Courtney Allyson Mills and Bob Smith.

“I’ve known Courtney for more than 20 years,” Hunt said. “And I cannot think of a better or more experienced person for this role. When you combine her unique movement background with Bob’s technical mind, we have one of the most well-rounded visual leadership teams in the activity.”

JOIN US FOR A NEW ERA OF PHANTOM REGIMENT

Are you ready to make your mark on the future of Phantom Regiment? Registration for our 2020 audition camps and clinics are now open. To learn more about our upcoming audition events and to sign up go to regiment.org/join-2020