Phantom Regiment has chosen David Warren as its full-time corps manager as of June 1, 2019. Warren will be responsible for handling the 154-member corps’ 12,000-mile summer tour and its membership.

“I’m excited to add David’s enthusiasm and love for the organization to our team,” said Rick Valenzuela, executive director of Phantom Regiment. “His leadership skills will be an asset not only to the instructional staff, but to the membership as well.” 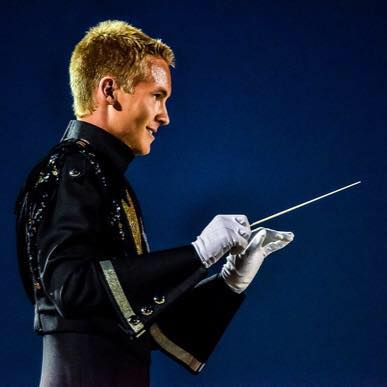 Warren, a native of Carrollton, Ga., was a member of the corps for 5 years, including as the lead conductor from 2014 to 2016. As a member of the corps, he was named the Mark Glasscoe Member of the Year and was honored with Drum Corps International’s Jim Jones Leadership Award. He was a tour manager for Phantom Regiment in 2018.

Before joining the Phantom Regiment organization full time, Warren was associate director of bands at Rome (Ga.) High School. While at Rome, his responsibilities included teaching marching band, as well as a variety of concert bands ranging from beginning to high school level. He received his undergraduate degree in music education from Berry College in Mount Berry, Ga.

Warren says he has a deep appreciation for the impact that the Phantom Regiment has made on his life and looks forward to giving back to the organization. He resides in Rockford, Ill.