“It’s wonderful to be welcoming Tony back to the team,” said Dan Farrell, who is back for his 21st season as program coordinator. “His vision will help guide us in exciting new ways and keep us all on our toes.”

Hall has been involved in the pageantry arts for more than 35 years and has a successful history as a design contributor for championship-winning DCI, BOA and WGI teams. He has been the visual designer for Phantom Regiment, Garfield Cadets, Sky Ryders, Blue Knights and Velvet Knights. His first involvement with Phantom Regiment was in 1993, when he designed one of the more innovative and electrifying visual programs in Phantom Regiment (remember the helmets on the field and the hornline’s crabstep wedge) – and, arguably, DCI – history. Hall has been involved either as a drill designer or consultant in many of the years since then, including the DCI championship shows in 1996 and 2008. 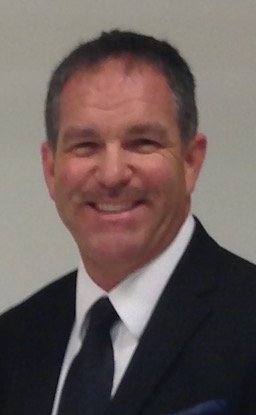 Emmert first came to Phantom Regiment as a marching member in 1982-83 and 1988 and was visual caption head from 2005 to 2013, when he stepped away after moving into a full-year administrative position at Evansville Vanderburgh School Corporation. He has been a music educator in Indiana and Florida since 1989 and has taught Glassmen and Madison Scouts in addition to Phantom Regiment.

“As an alumnus and longtime instructor and designer for the Phantom Regiment, stepping into this new role is refreshing,” Emmert said. “We – the design and instructional teams – are focused on producing a cutting-edge show so the 2016 Regiment members can experience the passion of performing all-classical pageantry and all alumni can celebrate our 60th anniversary in style.”

Hall is an adjudicator for the Colorado Bandmasters Association, and has judged all visual captions in drum corps, marching band and winter guard. He lives in Denver with wife Mamie (a Regiment alumnae) and children Trevor and Valerie. Tony is a District Manager for FedEx Office.

Emmert, who is the Director of Fine Arts at EVSC, has two children, Andrew (21) and Anni (20), who have both toured with the corps over the years. He also has three brothers who have marched in Phantom Regiment.