Help the Regiment in the new Drum Corps Challenge

Beginning on Friday, July 10, drum corps fans from around the world will have a chance to get in the game, by helping their favorite corps become the winners of the 2015 DRUM CORPS CHALLENGE fundraising contest.

Building on the success enjoyed by various corps having one-on-one fundraising contests in past years, DRUM CORPS CHALLENGE pits 29 World and Open Class corps’ against each other in Class-level play, with each corps trying to raise more money from their alumni, fans, and friends than every other corps in their class.

To donate, simply go to www.drumcorpschallenge.com – where you’ll click on the link for the corps you want to support! 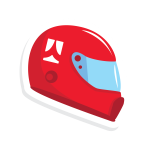