Phantom Regiment has a long history of talented musicians who have lead the corps since our founding in 1956. We took some time to get to know the members of the 2018 Phantom Regiment Conducting team. Fun fact: All three of the 2018 conductors are “rookies”, but bring a wealth of experience leading other ensembles throughout their marching arts careers. 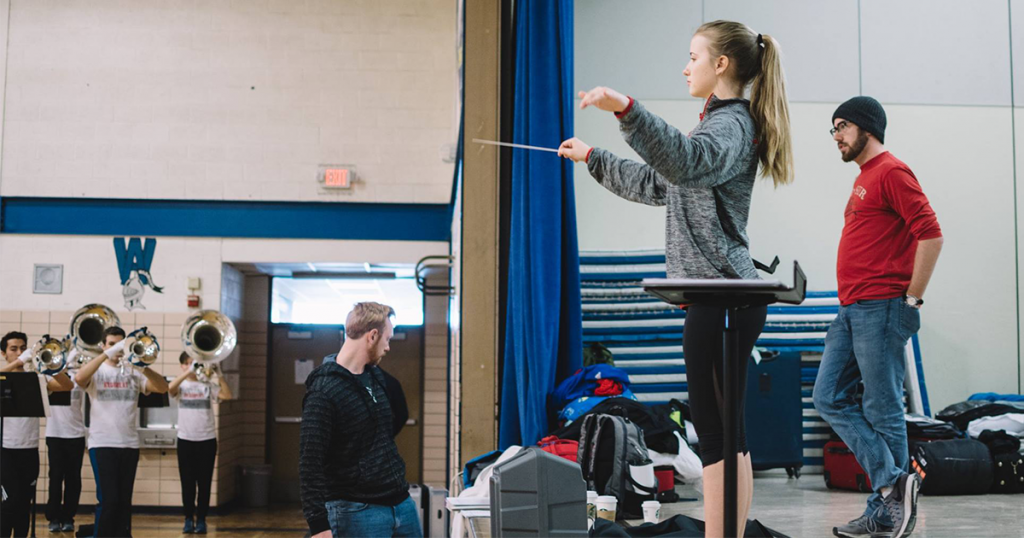 Claire Wilcox is a senior at O’Fallon Township High School, an Illinois community about 20 minutes outside of St. Louis. She plans to double major in music education and performance and attending the University of Colorado. A versatile musician, Claire began playing piano 10 years ago, eventually leading her to play both percussion and, her favorite, oboe.

Claire brings a breadth of both ensemble and leadership experience to her new role as Conductor for the 2018 Phantom Regiment. She plays piano with her high school jazz ensemble, was a member of the 2017 St. Louis Youth Wind Symphony, is the Principal Oboist for her high school concert band, and was a Drum Major for her marching band for 2 years.

Claire was introduced to drum corps by her father, who was a Bass Drummer for the 1987 Phantom Regiment. “My Mom was a drum major in college, my dad has always been very into percussion, and my grandma was a band director,” Claire said. “My family is very musical! So I’m not sure I really had a choice when it comes to playing an instrument, but I love music!”

A Phan since she was very young, Claire decided to audition simply for the opportunity to experience a weekend with Phantom Regiment.

“My mom was freaking out about me deciding to audition,” Claire said. “I told her ‘there’s no way I’m going to make it my first year. I’m only 17. I don’t think you need to worry.’ When the auditions began, the first thing Will (Pitts) asked us is if we’ve looked at the schedule. And I definitely didn’t because I didn’t expect to actually make it this far!”

Claire is most excited to spend the summer getting to know her fellow members as both musicians and as people.

“Phantom Regiment has such a rich history. I love the shows, musical selections, presentation, and the way they perform orchestral style music with a large ensemble. Not to mention a tradition of excellent conductors.  I am so excited to be a part of that legacy.” 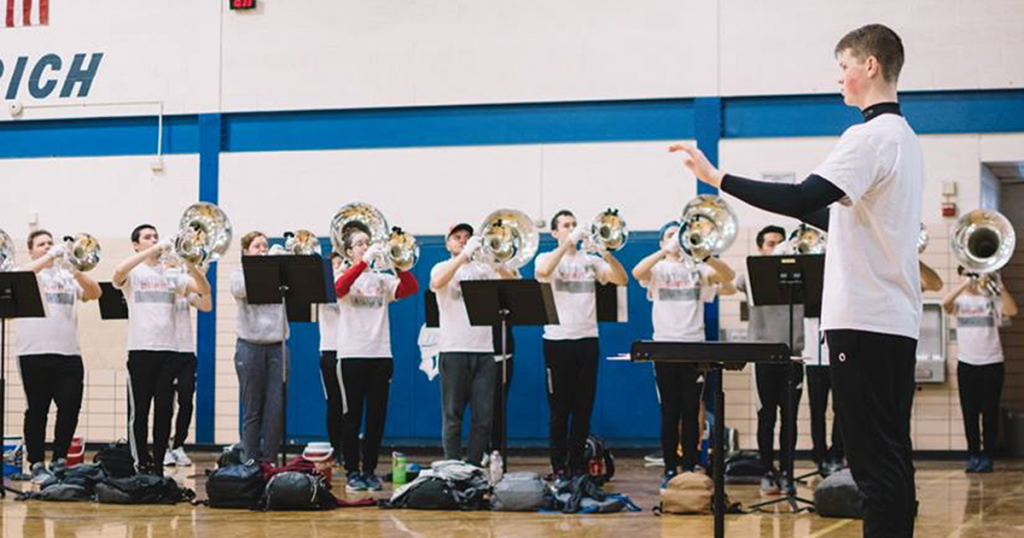 Originally from Ruston, La., Taylor Brownfield is currently studying Music Education at Louisiana State University. Taylor started playing percussion in sixth grade, leading him to a 2-year stint as as Drum Major for his high school marching band. In 2017, Taylor spent the summer as Drum Major for the Louisiana Stars Drum and Bugle Corps.

Taylor was introduced to drum corps by his junior high band director, who played the 2011 World Championships Finals recording for his band. “It was so cool,” Taylor said. “I never thought I’d be able to do what they were doing, which is why I’m so excited to be in the position I’m in. I can’t wait to inspire the next generation of drum corps members.”

It was at a 2016 Phantom Regiment Drum Major camp in Conway, Ark., that Taylor was inspired to pursue marching with a drum corps.

“Kevin Rabon (PR Alum & Previous Instructor/Caption Head) instructed us at that camp, and I was so excited to learn that there were people from Louisiana in Phantom Regiment. I ended up getting a chance to conduct Elsa’s with the entire hornline. The members congratulated me and told me how great of a job I did. I never thought I could attain something like this, but now, here I am living the dream!”

Taylor aspires to be an orchestral conductor and is a member of the LSU marching band. When he’s not busy performing with various collegiate and independent ensembles, you’ll find him reading his bible or talking all things drum corps with his roommates, both of whom are marching with the Santa Clara (Calif.) Vanguard. 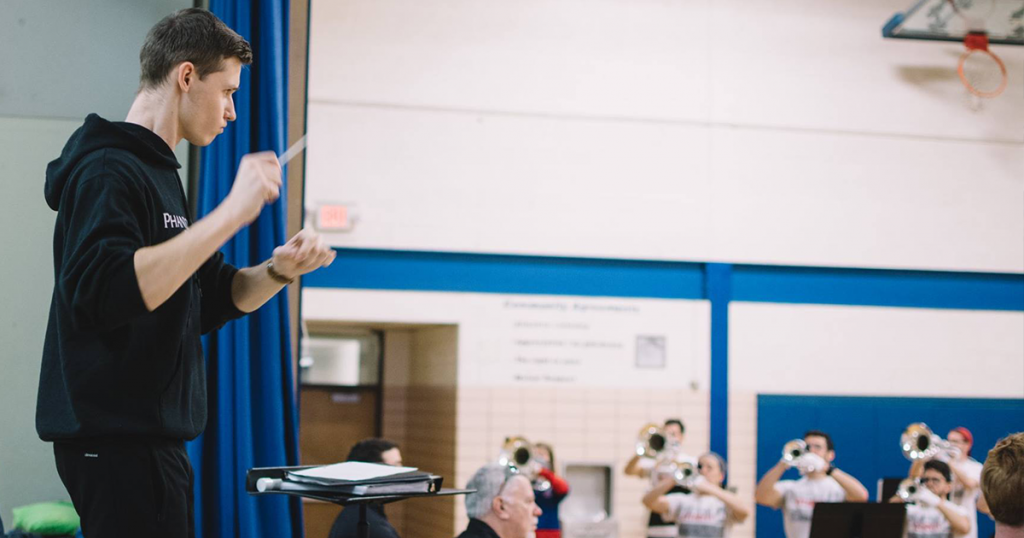 Joining the 2018 conductors from Evansville, Ind., Justin Bartholome attends Ball State University. However, he’ll be transferring to the University of Louisville in the fall of 2018 to study Jazz Performance and minor in Music Theory. A multi-talented musician, Justin plays saxophone, piano, drum set, mallet percussion, guitar, and even dabbles in trumpet.

Justin was a member of his high school marching band and winter percussion ensemble and spent a year running the metronome for Phantom Regiment before earning a Conductor position for the 2018 season.

“All of the people in my life who have influenced my growth most directly and positively (bar my parents of course) have come from Regiment,” Justin said. “I have wanted to be a conductor for such a classy, influential corps since I was in eighth grade. The corps gave me so much both directly and indirectly, and I feel that it is my turn to give back whatever I can.”

Justin, who says he was “raised by drum corps,” is most looking forward to “spending the summer in the pursuit of excellence with a group of talented and hard-working musicians from many different backgrounds.” He aspires to one day own his own music recording studio while continuing to play jazz on the side.

When he’s not playing jazz, Justin loves rock climbing, an activity that he says helps keep him “somewhat” in shape.

Want to see Claire, Taylor, and Justin in action this summer? Be sure to check out our 2018 schedule to see if we’re performing in a city near you!