Regiment Receives Key to the City and Certificate of Appreciation

The Phantom Regiment finished up their 3-week stay on the beautiful campus of Western Illinois University this past Saturday, June 9. The night before, we performed a special thank you performance to the City of Macomb and our new friends at Western Illinois University. The welcome and support from the university and the city were overwhelming! We couldn’t have asked for a better start to our 2018 summer.

Western Illinois University’s turf stadium allowed the corps to rehearse more, even when a Midwest rain storm hit, as we were able to get back out on the turf right away. Plus the rehearsals at night proved to be worth it alone.

The thank you performance was attended by over 3,000 people Friday night! The support from the university’s music department, athletics, and the president’s office helped make our stay there a huge success. The city enjoyed having the corps in town as well as, not only from an economic standpoint but from a general overall standpoint as well.

“I’ve been an instructor or a director for 27 years,” says Rick Valenzuela, executive director, “and never before have I seen a university and a community so supportive of what we do.” Rick went on to say, “many thanks to Dr. Matt Thomas, associate director of bands, who got the ball rolling!”

University president, Dr. Jack Thomas was in attendance to watch our performance and concert. In between the two, he presented us with a certificate of appreciation that reads (see photos):

As you embark on your 16-state tour competition, we wish you great success and many victories. It has been an honor for our campus and community to host and organization of your caliber, and to witness your hard work, dedication, and pursuit of excellence.

The Phantom Regiment will now forever be a part of the Leatherneck Nation.

We were also presented with the Key to the City by the mayor of Macomb, Mr. Michael Inman. “We are so grateful to have had the opportunity to host Phantom Regiment these past few weeks. The Corps members interaction with the community has been so positive, their presence has been uplifting for the entire community. The opportunity to hear and see them perform has been nothing short of amazing….we can’t wait for them to come back!!!”, said Michael J. Inman, Mayor, City of Macomb.

“To say the residents and businesses of Macomb have enjoyed having Phantom Regiment in town would be a huge understatement. Everyone has LOVED it! Several of our business members have not only experienced a significant uptick in business activity in what is normally a slow season but also commented on the positive behavior and manners of the corps members and staffers. I think I am safe speaking on behalf of the town when I say, “Thank you, Phantom Regiment, and we definitely hope to welcome you back in 2019!”, said Kathy Waters, Executive Director, Macomb Area Chamber of Commerce.

To the residents of the city, to all of the university workers, to the businesses in town – THANK YOU for a wonderful start to our 2018 Summer Tour! 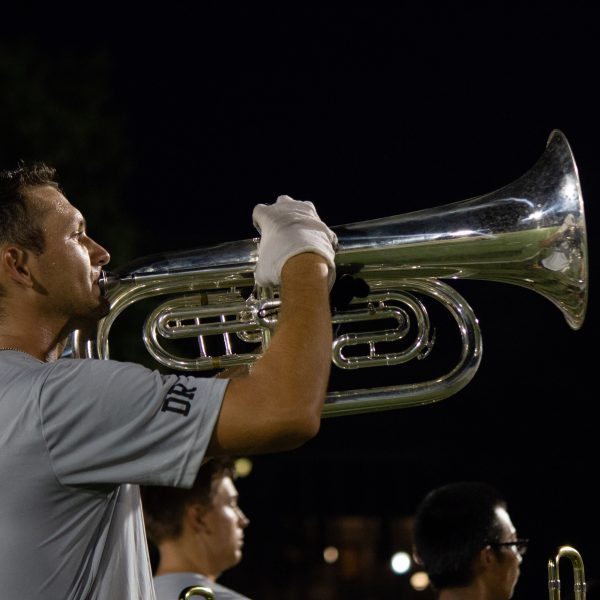 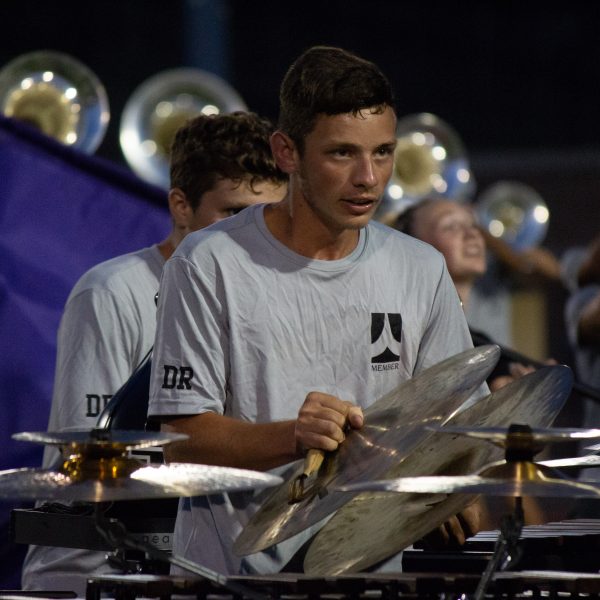 Our member shirts have DR to honor Dr. Dan Richardson. 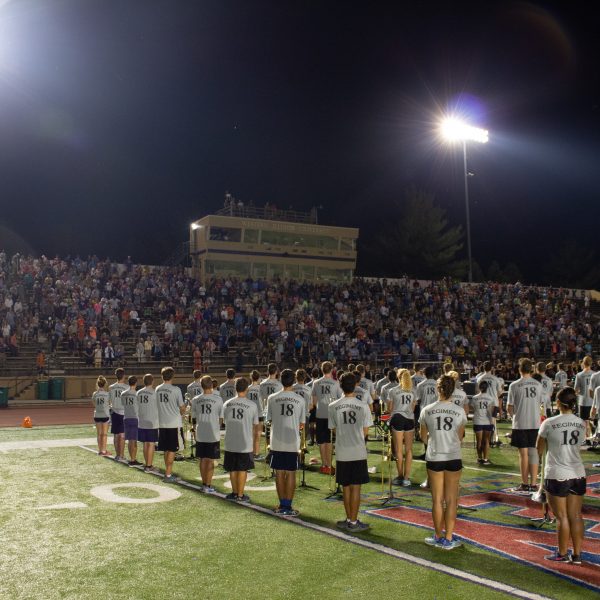 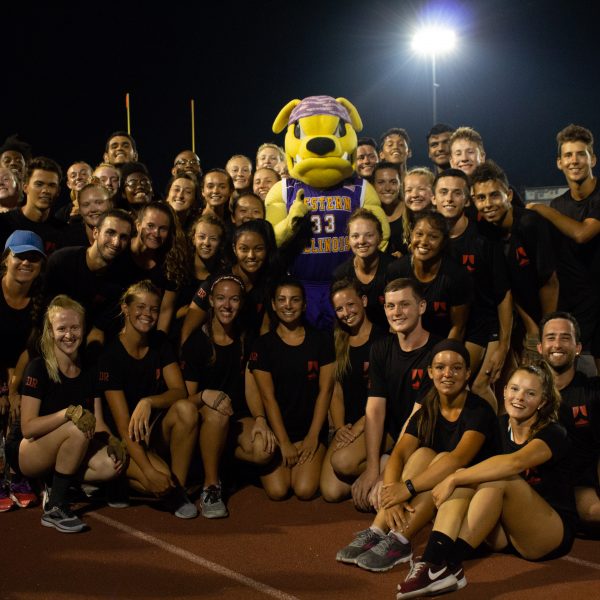 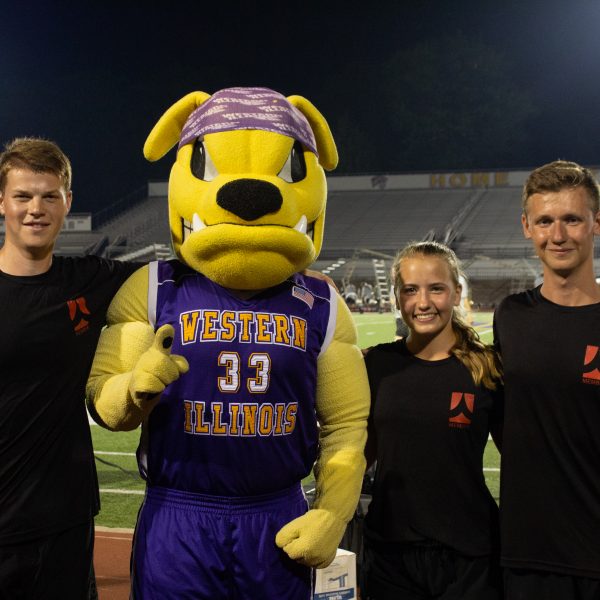 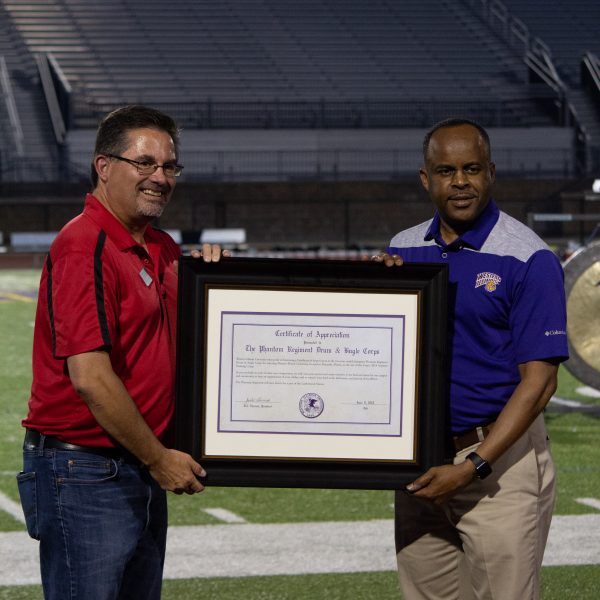 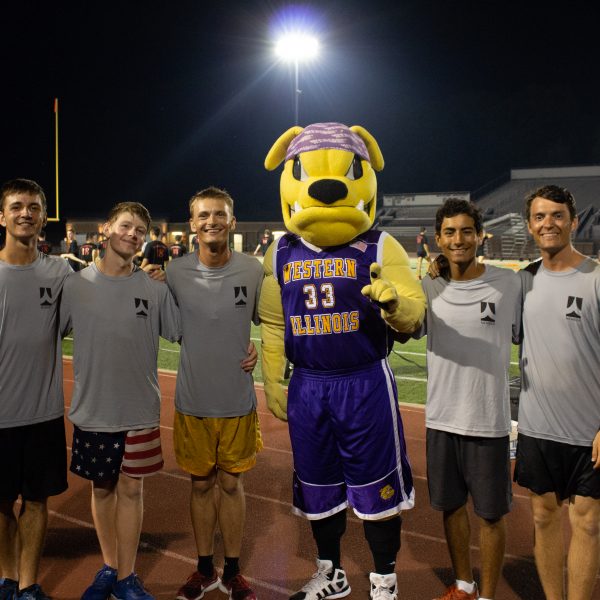 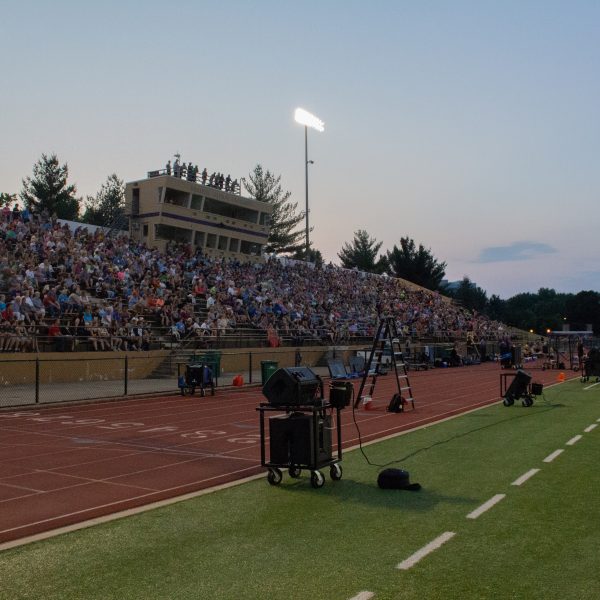 Crowd gathering for our performance. 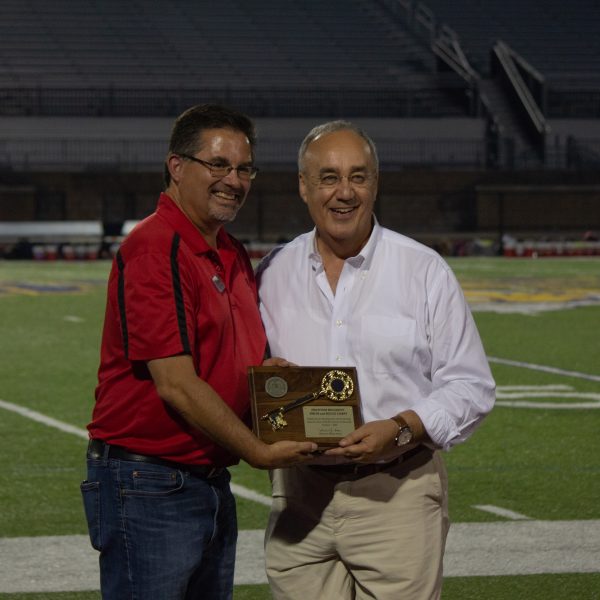 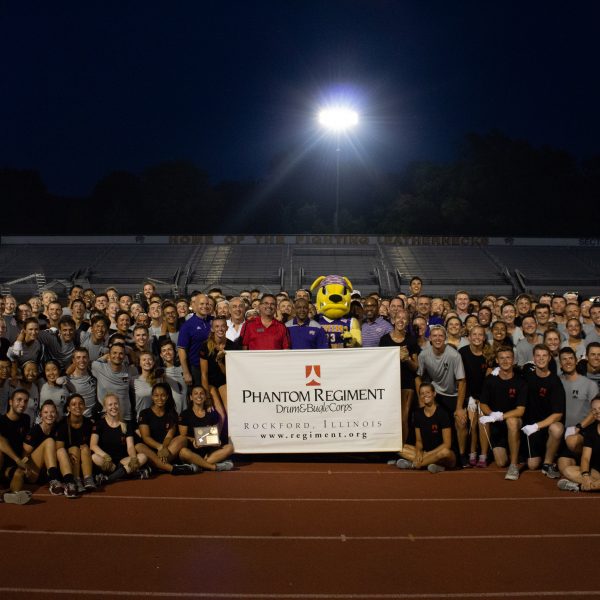 Want to show PR some love?

Macomb community businesses or individuals who would like to support the Phantom Regiment as they head out on their 2018 tour are invited to donate to the Fueled by Phans campaign. This campaign helps provide healthy, nutritious meals to the members and staff throughout the summer. The community will be recognized with an acknowledgment on the touring kitchen semi-trailer as well as social media.