Good afternoon! Here is a recap of the first part of the week.

After pushing our performance to the next level at the San Antonio regional, the corps was ready for some down time. On Sunday, we had a short block in the afternoon before heading to laundry. Cleaning clothes in San Antonio right after the regional is pretty difficult because most of the corps who attended also get this day off. Our horn bus had to share theirs with three other corps busses. Luckily, my bus only had to share with the Academy, and they were on their way out as we were putting our things in the washers.

After that, we got dropped off at the San Antonio Riverwalk near the Alamo. I got to spend the day with one of my dear friends who marches in the Blue Devils, we got some Mexican food and caught a movie. 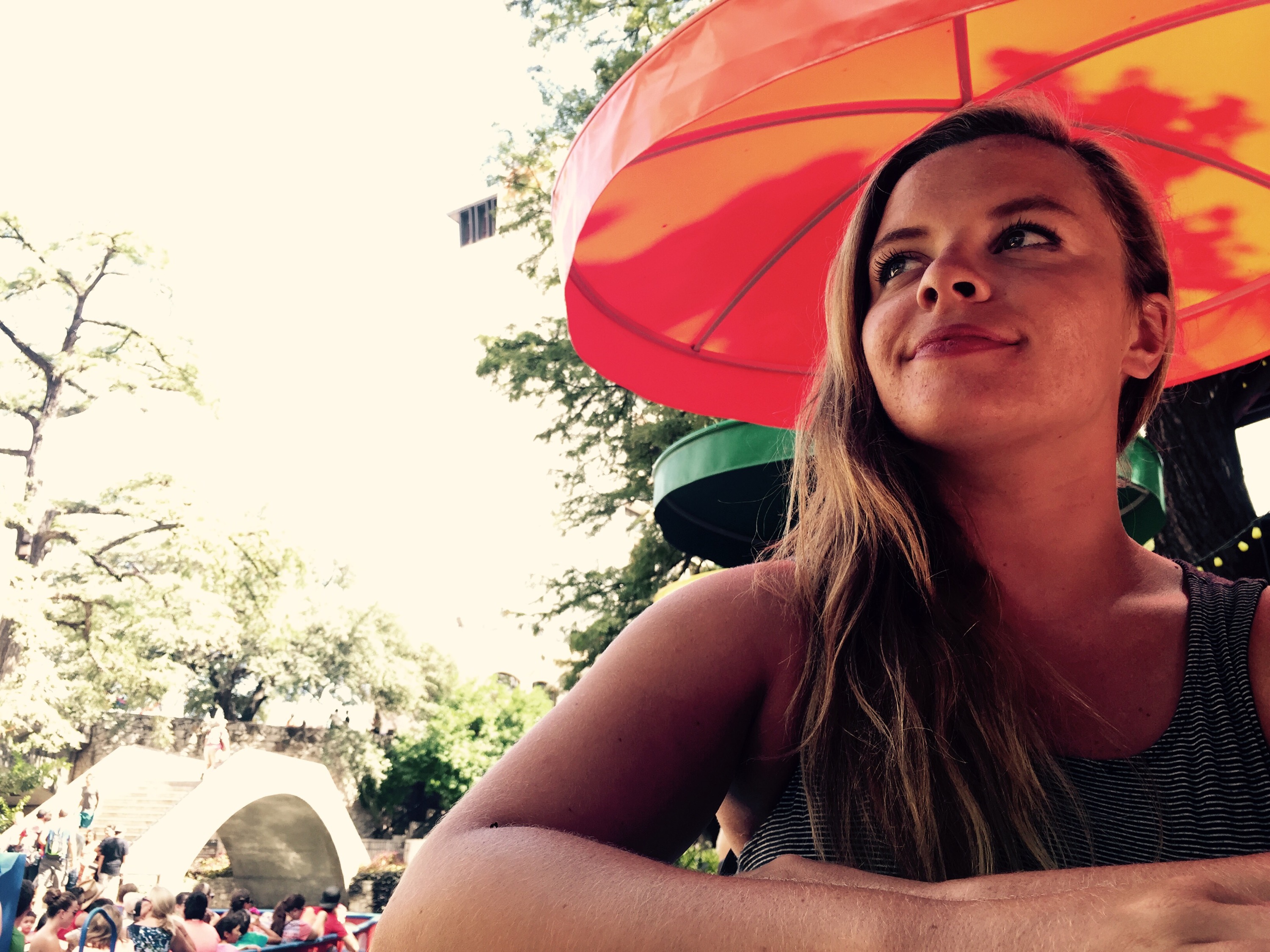 The San Antonio free day is totally my favorite, because despite the heat, it is a really cool location to spend some down time. Additionally, all the other drum corps kids get dropped off here, so it’s prime time to spend a few moments with friends from other groups.

After our free afternoon, we drove to Lafayette, Louisiana, where we had a show the next day. This show is one of my favorites, because the stadium at the University of Louisiana-Lafayette is really nice. Go Cajuns!

The next few days were spent rehearsing to gear up for a big weekend of shows. On Tuesday, we rehearsed at Benton High School, in Benton, Louisiana. We had also rehearsed here in 2013, and so it was nice to come back and revisit this rehearsal site.

We mostly worked on cleaning major moments that day, and the flags spent some time reworking choreography in the ballad. That evening, a ton of locals came out to watch our ensemble rehearsal, including a couple hundred band kids. It was really cool to have such a big audience show up to watch practice. And then after ensemble, we were treated to some shave ice! I had blue raspberry, it was delicious! 🙂

Wednesday and Thursday we rehearsed in Conway, Arkansas, at the University of Central Arkansas. This is an annual visit for us. We stay at Conway High School and then trek to the stadium both days. I really enjoy rehearsing here because there are so many different spaces and several fields. The university also has a lot of good food options, I was able to get Starbucks coffee in the morning for the first time in about a month! 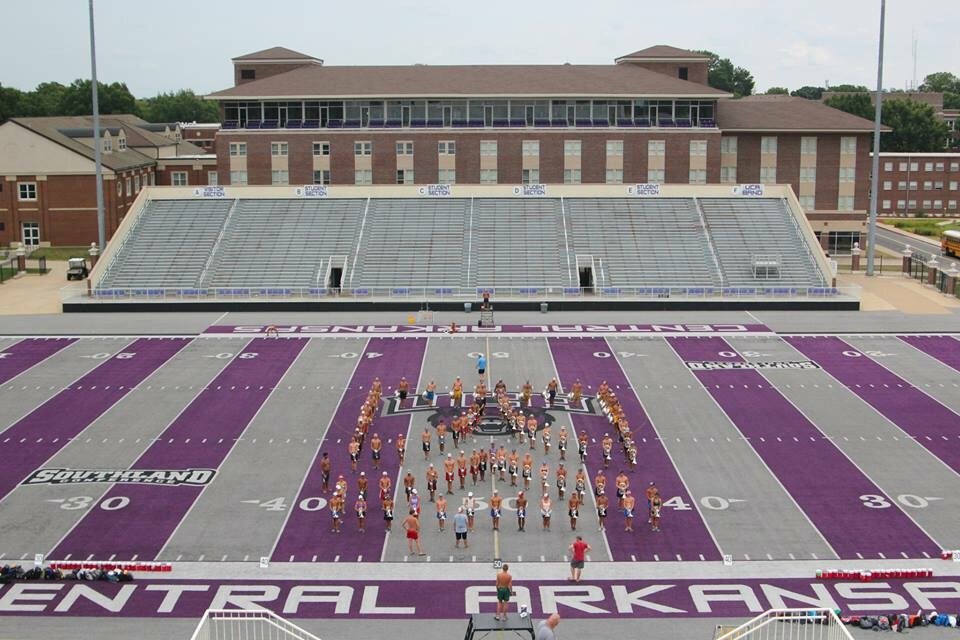 These two days we really got into some deep cleaning of the show, especially with our drill. The guard did a lot of set-to-set dot checking in Scene 1 and Scene 4. We also got some more changes to ballad choreography, and the ending flag work in the shopping section. 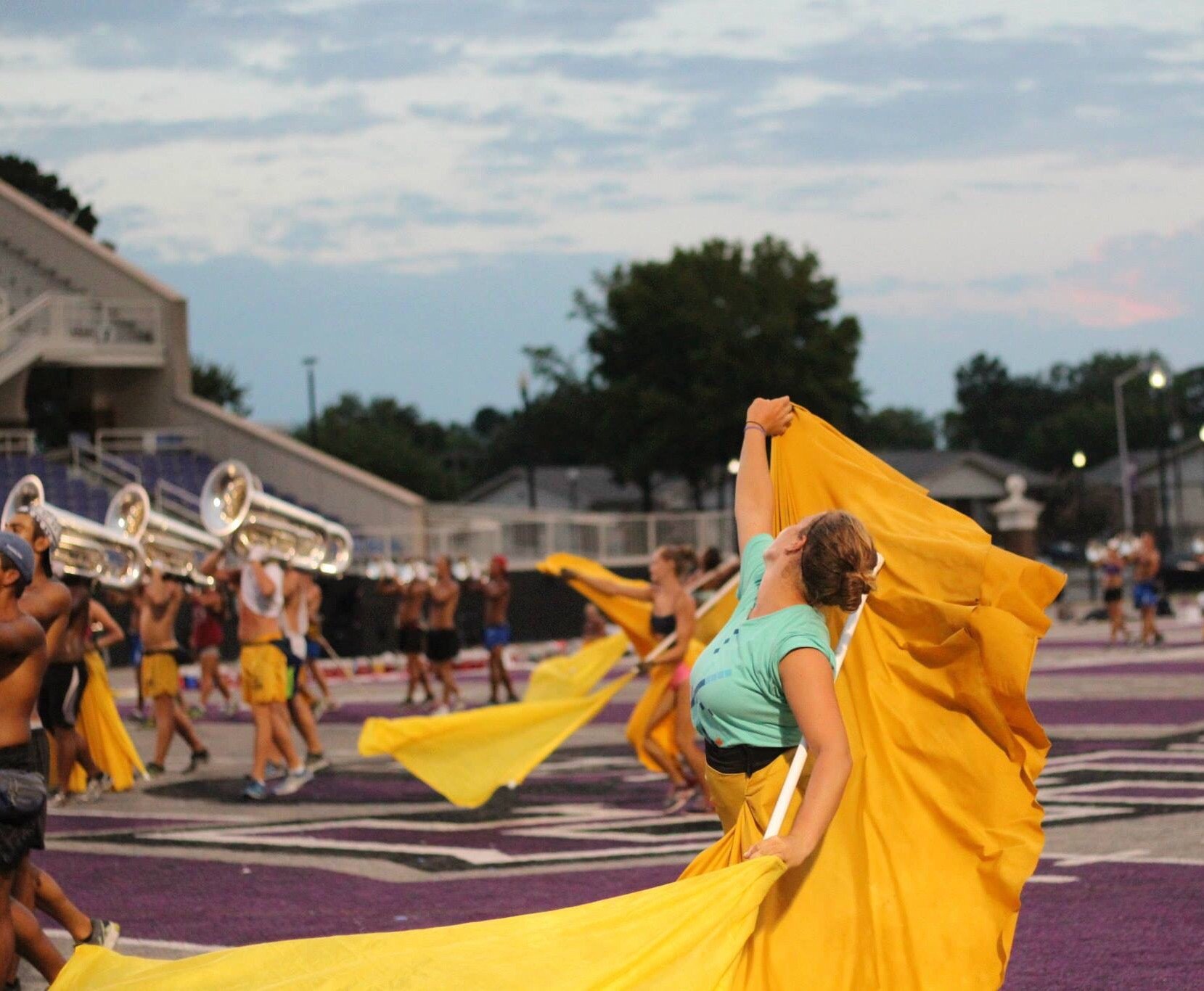 After a really excellent run through on Thursday night, we packed up and got some time at Walmart before heading on to Tennessee. Stay tuned for an update from me about this weekend!