He was simply Dr. Dan. 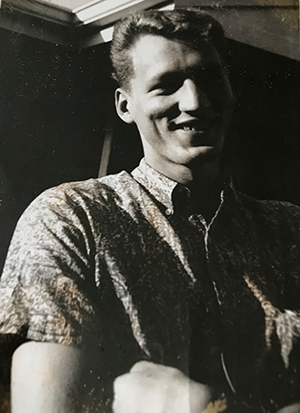 No last name was necessary for the man who joined Phantom Regiment as a 14-year-old in 1957 and never left. He would become an instructor, board member, program coordinator, director, advisor, medical director, and donor. Most of all, however, he was our friend and biggest supporter.

Dr. Dan Richardson died peacefully Saturday night, Jan. 20, at Good Samaritan Hospital in the Chicago suburbs with family and friends by his side. He was 75.

“I do not believe I have ever met a person that loved his corps as much as Dr. Dan did. He too, through his work and decades of dedication with the Phantom Regiment, was a gentle but very impactful force in the activity,” said Dan Acheson, longtime CEO of Drum Corps International. “His love for the people within the activity will be missed, but will always be carried in the hearts of those that were fortunate enough to know him.”

It’s fitting that he was online at 2:53 a.m. Friday and his final post was a link to a highlight video of Phantom Regiment’s 2008 world championship season. Hours later, he was teaching at NUHS. He would occasionally talk about retirement, but one never got the sense that he was serious. He truly loved what he did.

Dr. Dan joined the St. Thomas Crusaders at his school in Rockford when he was 12 years old and would join the newly created Phantom Regiment in early 1957.

“I remember him joining,” said Jim Wren, his friend of more than 60 years and fellow Phantom Regiment hall of famer. “It was at the National Guard Armory. The corps was having a marching practice, and Dan came in on crutches.” 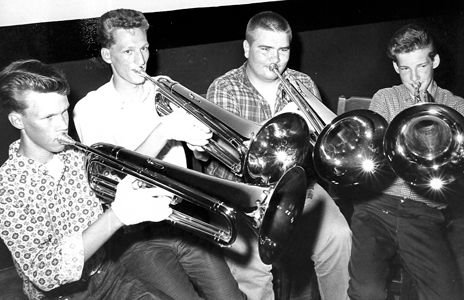 It was an inauspicious beginning for someone who would spend most of the rest of his life being synonymous with Phantom Regiment. The young baritone player marched until 1964 before attending medical school at Loyola University, where he received his bachelor’s and master’s degrees in addition to his PhD.

In 1972, Dr. Dan was one of the pioneers of the program coordinator role in drum corps, which oversees the staff and the creative design process. Before long, every corps had a program coordinator. With only two years off, Dr. Dan held the position at Phantom Regiment through 1992.

It was his time as program coordinator that earned him induction to the Drum Corps International Hall of Fame in 2011.

Meanwhile, in his professional career, Dr. Dan had become a medical professor at National University of Health Sciences in Lombard, Ill. He was an assistant dean and chair of the departments of nutrition and undergraduate studies. He also was a professor at National College of Naprapathy in Chicago.

“I would not have gone to medical and graduate school if it were not for the discipline, learning, study skills and ability to perform hard work that I learned from being a member of Phantom Regiment,” he said in 2016. 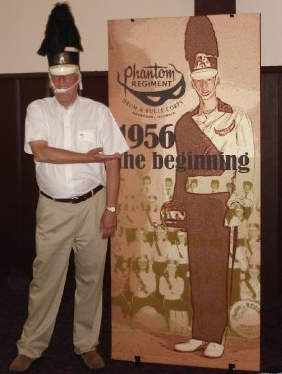 When you talked with Dr. Dan, it was obvious the two great joys in his life were Phantom Regiment and teaching at NUHS. His health had presented challenges in recent years, but he refused to let it keep him from those two things. He was at Phantom Regiment’s rehearsal camp 5 days before he died, and it was his NUHS students who made sure he got to the hospital the day before he died.

After his time as program coordinator, Dr. Dan continued to serve as an advisor to the design team and focused most of his efforts on the health of the members. In addition, he served on the board of directors.

As someone who had been involved for almost every one of Phantom Regiment’s seasons, he was often asked which was his favorite show. In a 2016 interview, he said, “My favorite was New World Symphony in 1989 since it brought out the best in every section. Oh, there were so many I loved! And I loved each of them since they were the product of so much hard work, dedication, and love by the members and staff.” 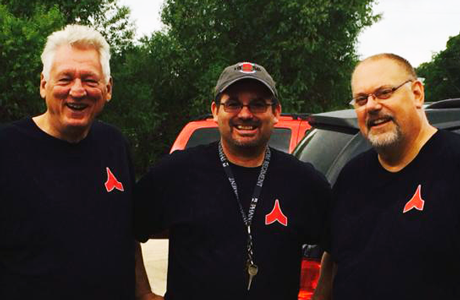 In a Drum Corps International article about Dr. Dan’s hall of fame induction, the late Myron Rosander said, “In a world dominated by self-importance, titles, statistics and inflamed opinion, it is Dr. Dan’s humble presence to the staff and students which make him the invaluable resource that he is. These virtues are often difficult to measure, yet they are the fundamental ground zero of what makes our beloved activity so outstanding.”

The Phantom Regiment will hold a public Celebration of Life for Dr. Dan, including a performance by the Corps, in the spring of 2018. Information for that event will be shared through the website, email & social media channels.

Contributions to Phantom Regiment in honor of Dr. Dan help us to continue his legacy of creating positive, life-changing performing arts experiences for young people around the world. You can make a donation in his memory below.