Alex Young began his music studies at 11, when his mom forced him to join middle school band.  Since then, he has enjoyed a varied career as a trumpet player, teacher, and conductor. Mothers know best; through music Alex has traveled, performed, and lived across the United States as well as abroad.

From 2012-2015, he taught at the University of Talca in Chile as Professor of Trumpet, Assistant Orchestra Director, and created and conducted the University Brass Ensemble. Additionally, he served as Musical Director of the Orquesta Sinfónica Juveníl de la Región Bío-Bío in Concepción, a nationally renowned youth honor orchestra.

Alex holds a Bachelor’s of Music in Trumpet Performance and Music Education from the University of Iowa and a Master’s of Music in Trumpet Performance and Chamber Music from the University of Michigan. His primary teachers are David Greenhoe (trumpet), William Campbell (trumpet), and Rodney Dorsey (conducting).

Currently, Alex is the Music Director and Conductor for the B Sharp Youth Music Program, and El Sistema program in Fort Worth, Texas. 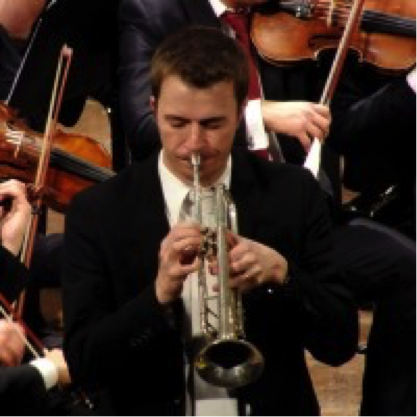