Chuck McCurdy was elected to the Phantom Regiment Board of Directors in July 2008 and has been on the board since.

In addition, he was on the Drum Corps International Board of Directors from 2004-08. He was honored with Phantom Regiment’s Chevron Award for meritorious service in 2006.

He has a bachelor of science degree in finance from University of Louisville (1984), and earned his Chartered Financial Analyst designation in 1990.

Chuck, who lives in Louisville, has a son, Cameron, and two daughters, Lauren and Erin. 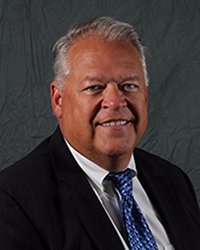