Dan Farrell began his drum corps career in 1972 as a young baritone player in his home-town drum & bugle corps, the Phantom Regiment. Being a part of the growth of the Regiment through the 1970’s was an experience that charted the course for his adult life. After graduating from the Regiment in 1980, Dan was invited onto the brass staff, where he continued to learn under the guidance of Jim Wren and Dr. Dan Richardson, among others, while also studying trombone at Quincy College and Northern Illinois University.

After serving as an instructor, then caption head of the brass staff through 1992, Dan moved into the Program Coordinator position in 1993 and has held that position most of the years though 2016. He also served on the Phantom Regiment Board of Directors from 1999 – 2009 and has served on the Phantom Regiment Alumni Board since its inception in 1989.

In his other life, Dan served as Vice President of Process Graphics Corporation, a Rockford-based display manufacturer, from 1985 – 2009.

Dan was inducted into the Drum Corps International Hall of Fame in 2016. 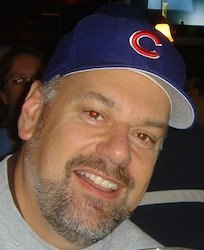