Dr. Bradley Palmer is Professor of Trombone Columbus State University’s Schwob School of Music, where he has led and developed the trombone studio since 1999. He earned his bachelor’s degree in music from Millikin University, his master’s degree from the University of Iowa, and he completed his doctoral work at Florida State University.

An S.E. Shires Performing Artist, Dr. Palmer has appeared as a soloist in 14 states, Canada, Brazil and Hong Kong. He has also performed many times in Europe and the UK. Dr. Palmer performs regularly with a number of orchestras in the Southeast and has held the principal trombone chair with the LaGrange Symphony since 2003. He has performed with many other orchestras including the Alabama Symphony, Atlanta Symphony, Columbus Symphony, Jacksonville Symphony, Macon Symphony, and the Savannah Philharmonic. He has performed at six International Trombone Festivals, most recently at the 2014 Festival in Valencia, and he hosted the 2013 Festival at the Schwob School of Music at CSU. He can be heard as a soloist on Summit Records, and recently appeared on St. Louis Symphony bass trombonist Gerry Pagano’s CD entitled “Ubiquity” (2014).

At Columbus State University, Dr. Palmer is the brass area coordinator. He teaches trombone, coaches chamber music and teaches brass literature and pedagogy courses. His former students include national and international solo competition winners, college, high school, middle school and elementary school teachers, music ministers and a number of others performing professionally. He conducts the Trombone Ensembles at CSU, including performances in Hong Kong and the American Trombone Workshop in Washington D.C. The CSU Trombone Ensembles recently finished a multi-year recording project featuring some of the finest trombonists in the US as guest soloists: Joseph Alessi, George Curran, James Markey, Denson Paul Pollard, Bill Thomas, Charlie Vernon and Ko-Ichiro Yamamoto. The CD was released in 2013 by Summit Records to critical acclaim. The CSU Trombone Ensembles were featured at the 2013 International Trombone Festival opening ceremony. YouTube videos of the CSU Trombone Choir and other trombone-related performances at CSU have been viewed over one million times worldwide. The CSU Trombone Choir performed on James Markey’s most recent solo CD released in 2014.

Along with members of the Atlanta Symphony and New York Philharmonic trombone sections, Palmer serves on the faculty of the Southeast Trombone Symposium and coordinates the STS Professors Choir. In addition to a busy performance schedule, he enjoys presenting master classes, clinics and serving as an adjudicator from solo and ensemble competitions to marching band competitions. He has guest conducted performances with trombone ensembles at many schools in the US including Juilliard, in addition to groups in Canada, China and Brazil. He is a member of the brass staff of the Phantom Regiment Drum and Bugle Corps in Rockford, IL, and has previously taught with corps including Pioneer and Glassmen.

As a recording engineer and producer, Dr. Palmer has recorded some of today’s leading brass players from the Atlanta Symphony, Chicago Symphony, Cleveland Orchestra, Houston Symphony, New York Metropolitan Opera Orchestra, New York Philharmonic, Philadelphia Orchestra, Pittsburg Symphony, and Seattle Symphony in CSU’s Legacy Hall. In addition, Dr. Palmer serves as the Vice Chair of the International Trombone Association Executive Board, and also serves on the board of the International Trombone Festival. 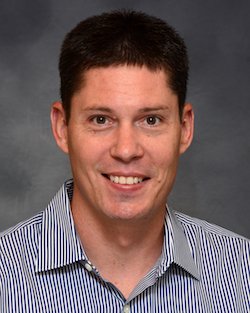