Faril Bunner is excited to be back with the Phantom Regiment. He last served on the staff during the 2011 season.

Mr. Bunner graduated from the University of Nevada, Las Vegas where he earned a Bachelor’s degree in music education. While at UNLV, he was a member of the Wind Orchestra and served as principal horn of the Symphony Orchestra. He also had the opportunity to travel extensively with the Wind Orchestra on tours through Japan, France and Hong Kong. Recently he returned back to school to earn a Masters of Education from Oakland City University.

Faril is currently the band director at Castle South Middle School in Newburgh, Indiana. Previous to this post, he served as the assistant director of the Castle High School band from 2006-2012.

Additionally, Mr. Bunner is the director of the River Brass, a 30 piece British-style brass band that performs regularly in Kentucky, Illinois and Indiana. The River Brass is a member of the North American Brass Band Association.

Faril lives in Newburgh with his lovely wife Jenna. 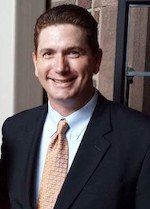