He is a retired safety and health consultant and senior loss control representative in the insurance industry.

Jim was a member of the original Phantom Regiment in 1956 and marched until 1962. He played soprano and French horn and was drum major his final season. He went on to be the business manager for the corps in 1963 and wrote the drill in 1964.

In 1968, he became brass arranger, a role that would define his drum corps career. Phantom Regiment would go on to become famous for its powerful hornlines, winning multiple high brass titles and earning a place among the elite corps in the activity. The corps rose to prominence in the early to mid-1970s with Jim as a key component of the success. First earning a spot in the DCI World Championship finals in 1974, Phantom Regiment has been a part of finals every year since.

Jim would continue as the corps’ brass arranger through 1999. His accomplishments earned him election to the Drum Corps International Hall of Fame in 1994. He was inducted into the Phantom Regiment Hall of Fame as part of the inaugural class in 2016.

Jim has a bachelor of science degree in marketing from Northern Illinois University (1962).

He lives in Roscoe, Ill., with his wife, Laura. They have two sons, Jim and Matt. 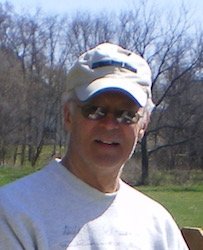