Justin is excited to join the choreography team at the Phantom Regiment this summer!

Justin is a native of Gainesville, FL. Currently, he resides in Austin, TX where he is the Color Guard Director at Cedar Park HS and an Assistant Director at Round Rock HS.

While in Florida, Justin was the Director of the Santa Fe HS Auxiliary Programs and the Assistant Director of Color Guards at Allen D. Nease HS. Under his direction, the color guards at Santa Fe High School received only superior ratings and best in class awards at every festival attended since 2009 and have been medalists in the Florida Federation of Color Guards Circuit three out of his five years. The color guards at Nease high school have also received nothing but superior ratings at all festivals attended during his duration. The Nease color guards were a WGI World Championships Scholastic A Class finalist in 2011, a WGI World Championships Scholastic Open Class Bronze medalist in 2012, and a WGI World Championships World Class finalist in 2013 and 2014. In addition, Justin was the director and head designer for the Independent A and Open guard River City Independent from Jacksonville, FL. He was the primary flag choreographer for the Spirit of Atlanta Drum and Bugle Corps 2013. In 2014, Justin moved to Austin, TX and starting teaching at East View HS and Round Rock HS. In March of 2014, the East View winter guard earned the schools first state championship from the Texas Color Guard Circuit and the Round Rock guard was a WGI World Championships Scholastic Open finalist placing 5th overall.

Justin was a member of Northeast Independent World Guard in 2009. He has been active in the DCI community as a member of the Spirit of Atlanta color guard in 2008 and 2009 and ended his marching career with The Cavaliers Drum and Bugle Corps color guard in 2010. Justin was the 2010 DCI I&E Flag Champion. He was on the faculty of the World Class Finalist Spirit of Atlanta Drum and Bugle Corps from 2011-2013.

Justin is a sought after designer, choreographer, and consultant in the southeastern United States and currently serves on the Color Guard Task Force for the Texas Color Guard Circuit. 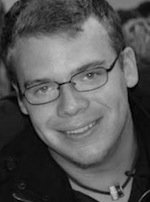