Kevin Rabon is a Louisiana native, attending Bossier High School under the direction of Barry Vowell. He attended Louisiana State University where he studied with Frank Wickes, Linda Moorehouse, and James Byo to earn his Bachelor’s degree in Music Education in 1996. While at LSU, Mr. Rabon was a 4-year member of the Phantom Regiment Drum & Bugle Corps from Rockford, Illinois playing trumpet and mellophone. Mr. Rabon began his teaching career in Seguin, Texas as a middle school assistant working with Mark Waymire and Randall Brownlee. He has taught at both the middle school and high school level in Austin, Texas as an assistant and head director, and his concert bands and marching bands were consistent UIL Sweepstakes award winners.

Mr. Rabon served on the brass staff for the Phantom Regiment from 1999-2009 as the trumpet and mellophone instructor and as Brass Caption Head from 2003-2007. As a member of the Phantom Regiment staff, Mr. Rabon taught with Jeff Shaw, Paul Rennick, Freddy Martin, Sam Pilafian & Pat Sheridan, and many other talented teachers from across the country. Mr. Rabon has been a clinician for the Phantom Regiment Educational Camps at the University of Louisiana-Lafayette, Rockford University, Central Arkansas University, Frostburg State University, The University of Akron, and McKendree University and is an active clinician and adjudicator of concert and marching ensembles across the country. He is in his 24th year of teaching and currently is the Director of Bands at Cope Middle School in Bossier City, Louisiana, where he was the 2012 Teacher of the Year. Kevin teaches a full private lesson studio of brass players who regularly place into All-District and All-State ensembles, and he plays trumpet with the Bill Causey Big Band, Cypress Baptist Church Orchestra, Shreveport Scottish Rite Chorale, British Brass Band of Louisiana, and the Red River Wind Orchestra as a freelance musician. 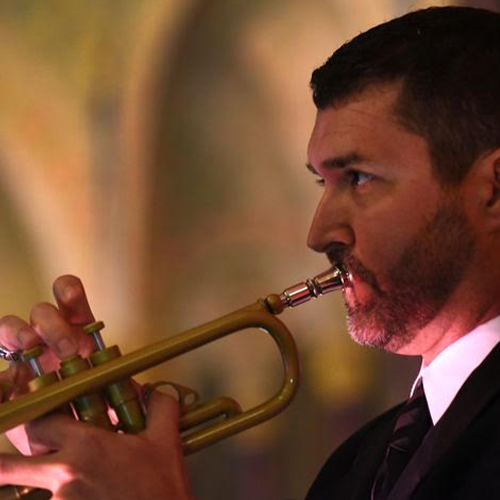