Lloyd Puckitt is a FMM of The Cavaliers Drum and Bugle corps during the years 1983-85. During that time, Lloyd taught high school percussion before going on to attend the University of Louisiana at Lafayette to study Percussion Performance.

Lloyd’s career continued as a recording engineer in the music industry and led him on travels throughout the entire country, as well as Ireland and England, working with artists such as Depeche Mode, Erasure, Mathew Sweet, Madonna, and earning Platinum records with Vitamin C and Fuel. The business side of music began to change in the late 90’s, and Lloyd decided to change careers and revisit his love for the artistic and educational side of music.

Lloyd currently works as a Private Percussion Instructor in Plainfield School District 202, and is also serving as the Percussion Director and Arranger for Plainfield North High School.

Lloyd is an accomplished audio engineer, sound designer and consultant and is honored to be associated with the following organizations. 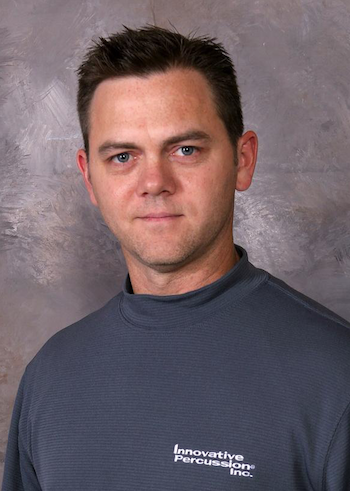