Mark Patterson was elected to the Phantom Regiment Board of Directors in 1994. He became treasurer in 1995 and, with the exception of a couple years in the late 1990s, held that position until July 2019, when he chose to step down from the officer role. He remains a member of the finance committee.

He is a Certified Public Accountant with KraftCPAs, PLLC, and has been in public accounting with various firms since 1984.

Mark, who is originally from Rockford, marched in Phantom Regiment from 1975 to 1978, playing cymbals and then orchestra bells. He is one of the founding members of the Phantom Regiment Alumni Association, authoring the bylaws and obtaining the tax-exempt status for the organization. He served on that board, as treasurer, for the first six years. In addition, he is on the board of directors of Monroe Harding Inc., an organization in Nashville that works with children that are in the state’s custody.

An avid runner who has completed eight half-marathons, Mark was honored with the Phantom Regiment’s Chevron Award for Meritorious Service in 2007 and was elected to the Phantom Regiment Hall of Fame in 2017. He has a bachelor’s degree in business administration from University of Wisconsin-Whitewater and a master of science in taxation degree from DePaul University in Chicago.

His late father, a long-time supporter of the corps, was a member of a drum corps in Rockford after getting out of the service after World War II. 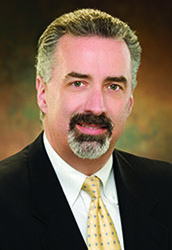