Nick Hinman is in his ninth year as Director of Bands at Thunder Ridge Middle School in Aurora, CO, and he is also the music arranger for the Chaparral High School Marching Band in Parker, CO.  He went to the University of Colorado-Boulder where he earned Bachelors degrees in Trumpet Performance and Music Education. In the summers of 2015 and 2016, Nick earned his Masters of Music Education at the VanderCook College of Music in Chicago, IL.

Nick also marched for five years in drum corps, four of which were spent as a trumpet player and section leader with the Blue Knights.  He aged out as an assistant conductor with the Phantom Regiment in 2006.

Aside from teaching, Nick wears his musician hat by playing trumpet with the Broomfield Symphony and Colorado Wind Ensemble, Denver area churches, and high school musicals on occasion.

Nick could not be prouder to join the Phantom Regiment staff – this organization gave so much to him, and he is excited to give back to future members of the Regiment. 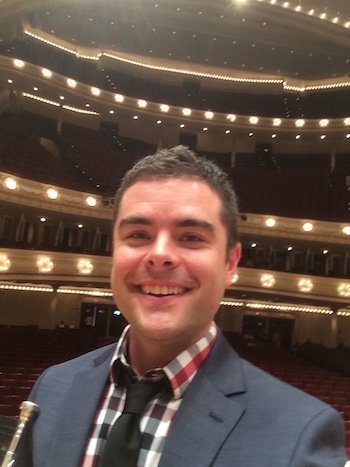