He retired in 2014 from his position as dean of technical programs and allied health at Rock Valley College in Rockford. He is an instructor of film in the mass communications division at the college.

Ron’s name was added to the Phantom Regiment Alumni Association’s Heritage Award in 2013.

He is a film historian and has served as president of the Rockford Film Project/Storefront Cinema. He maintains a massive library of 16mm motion picture film in his basement.

He has bachelor of science and master of arts degrees from Southern Illinois University-Carbondale. 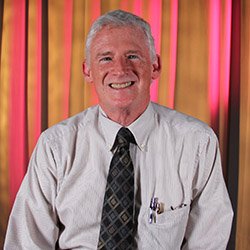