Sarah Rillo is a color guard choreographer, designer, and consultant currently living in Metro Detroit. She is currently pursuing a bachelors of science degree in dance with a certificate in K-12 teaching at Wayne State University.

Sarah’s performing career began at Broken Arrow High School as a member of the color guard. She went on after graduating in 2009 to march the Crossmen Drum and Bugle Corps from San Antonio, Texas in 2010 & 2011 and finished her field marching career at the Blue Devils Drum and Bugle Corps from Concord, California in 2012. She also spent a season competing with Onyx Independent World from Dayton, Ohio in 2014. Sarah was given the opportunity to travel to Europe with the Blue Devils International Corps in 2015 performing and instructing clinics in Italy, the U.K., The Netherlands, and Switzerland.

As a dance performer, Sarah was selected to work with choreographer of the Detroit Pistons Dancers, Jarell Gordy, in a semester long hip hop repertoire. She was also selected for the guest artist residency with Ronald K. Brown, and is given the opportunity to perform a version of his piece “Dancing Spirit” that he originally set on the Alvin Ailey Company.

As an educator, Sarah has designed, directed, consulted, and choreographed for many different high school and middle school programs from Oklahoma, Indiana, and Michigan. Most recently, She acted as the guard director for Lake Orion Public Schools from 2013-2016, assisted with choreography and design at Ovation Independent in 2016, and acted as the movement choreographer at Legends Drum and Bugle Corps in 2016. She is currently acting as movement choreographer at Walled Lake Central and assisting with design, choreography, and consulting at West Bloomfield High School. This winter she has also accepted a position as the movement choreographer and Redline Independent World Percussion as well the drill designer for Medley Independent Winter Guard. She also has plans of returning to her roles at Ovation, Walled Lake Central, and West Bloomfield.

Sarah is humbled to be joining the Phantom Regiment team for the 2017 season and has looked up to the tradition of excellence this organization has maintained. 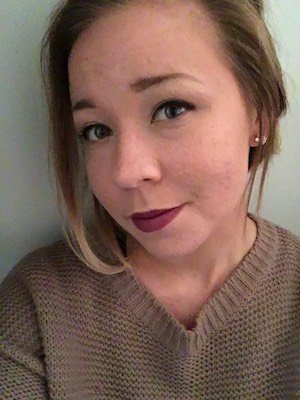