He graduated from the University of North Florida where he studied business administration and finance. He currently resides in Gainesville Florida where is working on becoming a schoolteacher.

Tyler is excited to be back with the Phantom Regiment visual staff for the upcoming season. 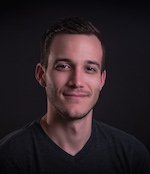