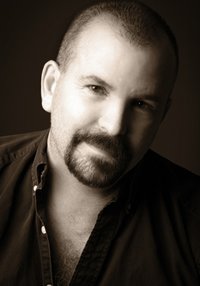 Executive Director Rick Valenzuela and Director of Programs & Corps Director Dan Farrell are pleased to announce that Wes Cartwright has been named to lead the corps’ design team as Artistic Director. In this role, Cartwright will be in charge of conceptual and visual design as well as overall show development.

Cartwright is one of the foremost names in the field of pageantry, program design and visual innovation. Since 2006, Cartwright’s groups have won four Bands of America Grand National Championships in 2006, 2007, 2011, and 2015 as well as five runner-up finishes (he didn’t have a group competing in 2013). His groups have also won Visual GE at the Bands of America Grand National Championship Finals in 2005, 2006, 2007, 2011, 2012 and 2015. Cartwright’s groundbreaking concepts have entertained, provoked, educated and inspired generations of students, directors, instructors and enthusiastic fans for years.

“We’re excited to bring someone of Wes’ caliber to the team,” said Valenzuela. “Having worked with him before, I know the passion and drive for excellence he’ll bring to our show. ”

Also new to the team, and assisting Cartwright with the visual design, is Mark Moreno. Moreno has more than 15 years of experience in the marching arts activity.  From color guard to drill design, Moreno’s overall involvement spans all possible areas of design.  Mark was a member of Fantasia Winter Guard from Riverside, Calif., and the Blue Devils Drum and Bugle Corps of Concord, Calif. Following his years of performing, Moreno began applying his skills in the areas of program coordination, drill design and graphic design. Currently, he resides in Cincinnati and has been the color guard director for William Mason High School, a BOA Grand National Finalist, since 2011. He has worked as a visual designer for programs across the country.

Returning to the design team will be Will Pitts (Brass Arranger) and Rob Ferguson, who will step into a new role as Percussion Arranger and Caption Supervisor.

Phantom Regiment would like to express its most heartfelt thanks to Bret Kuhn for what he brought to our phamily and the percussion section. Kuhn is turning over the battery arranging and overall percussion supervision to Ferguson, whom he had brought to the Regiment in 2015 as the front ensemble arranger and supervisor. Kuhn consulted with the Regiment starting in 2012 and took over in 2014.

“I just wanted to say a BIG thank you to Rick and Dan and the Regiment organization for the opportunity to be a part of the team the last few years,” Kuhn said. “It is time for more family and grandkid fun in the summer. It has been a great ride with some AMAZING kids that inspired us as a staff on a daily basis.”

The design team has already started the process of creating the production for the 2017 season. Auditions are right around the corner. Dates and locations across the country are being finalized and will be announced soon. If you’d like to be notified when those are released, click here to sign up.